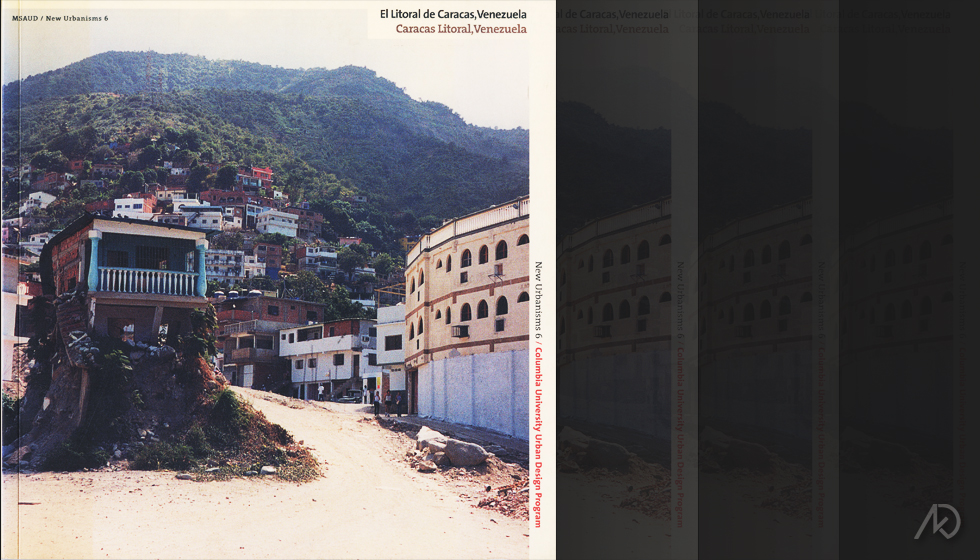 I co-wrote/created the section of the book which explains our design and design philosophy in regard to the given project.

Caracas Litoral, Venezuela (New Urbanisms) looks at the challenges, obstacles, and opportunities facing the reconstruction of coastal communities near Caracas, after mudslides devastated these areas in December 1999.

Already in the midst of informal land development, affluent weekend residents from Caracas had awkwardly occupied this dramatic and precarious strip of coastland between the Gulf of Mexico and the Avila Mountain — also shared with the national airport and second largest seaport.

In a city where most of the urban population lives in informal housing, the contested nature of redevelopment — emergent social, economic, and cultural patterns confronting traditional patterns of settlement — could easily be predicted.

Richard Plunz, Michael Conard, and Modjeh Baratloo teach at the Graduate School of Architecture, Planning and Preservation at Columbia University.