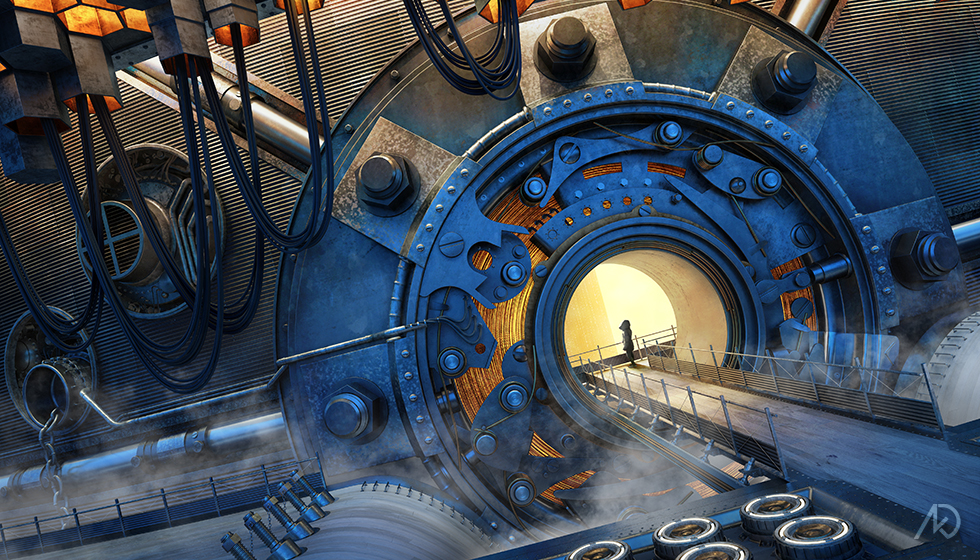 The following 3d illustration showcases  a personal project I have been working on for some time.  It has been sitting on a hard drive for about 4.5 years when I decided to revisit and finalize the design.  The project initially began like all others, a study in new forms/shapes/ideas and slowly evolved into an image.

The initial concept for this image was based on a panopticon, but quickly morphed into a small area within a

possible larger structure.  As I was thinking of a panopticon, I looked into the ideas of observation and voyeurism.  This led me to in internal aperture mechanism for an SLR camera.

The camera aperture became the driving force of the design.  I did not stay too defined by it, but used it to build an environment in which the word aperture could take on new meanings. 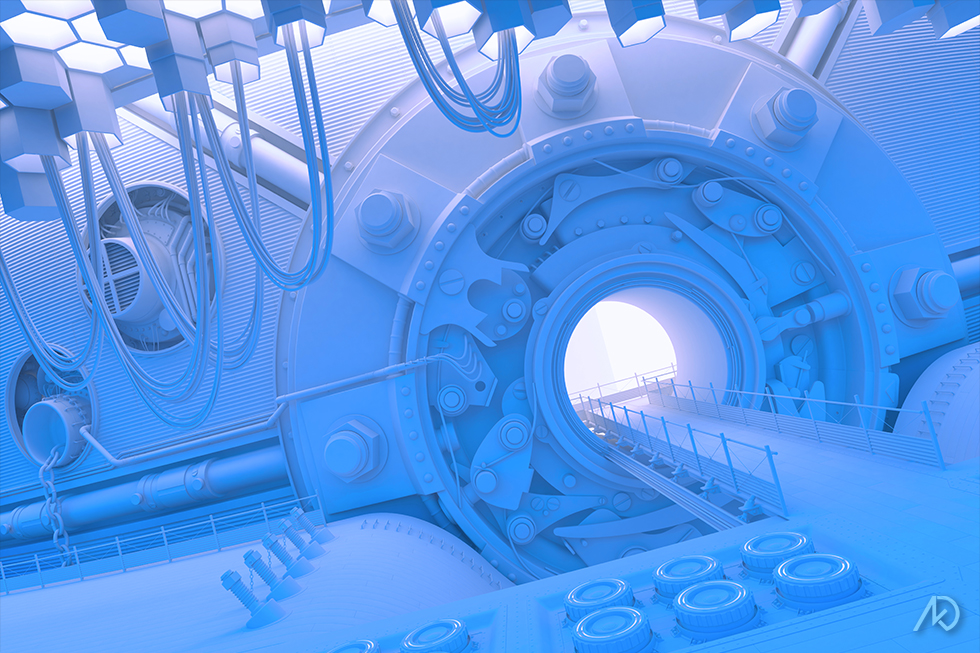 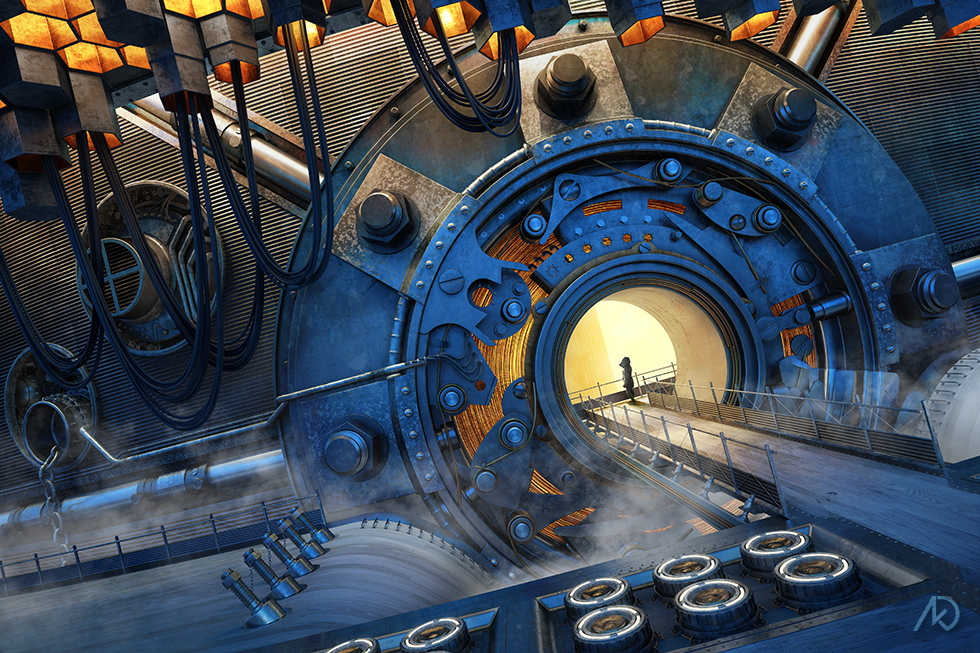 Aperture as a conceptual rendering was mostly created using 3ds Max.  A fair amount of post-production was done; mostly for color correction, atmosphere, and the scale figure.

The image began by exploring broad ideas of mechanics, enclosure, and voyeurism while playing with the overall scale of specific items.