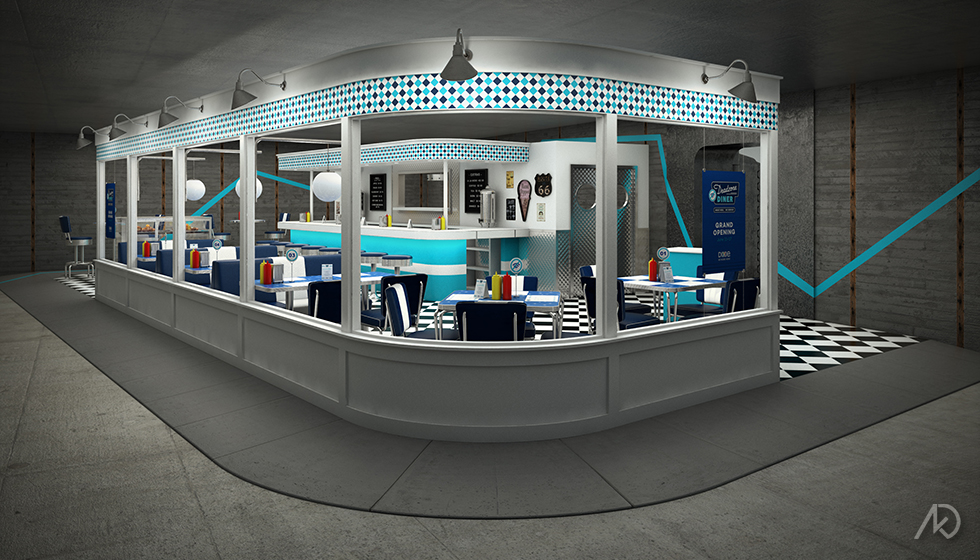 Dixie Deadzone Diners consist of three unique experiential installations that allow friends and family to enjoy a meal without cellular service.  The three locations are located in cellular deadzones – a bank vault, a cave, and a park.  A diner was designed for each location in order to create three amazing experiences.

The largest and most designed venue was the bank vault.  Initially the diner was designed to be a beautiful little

movie set juxtaposed in an old concrete vault.  The diner itself was designed to be used and to be viewed from the exterior; much like an Edward Hopper painting.

All three diner were equipped with all the traditional pieces: lunch counter, bar stools, banquette seating, cafe tables, a service window, and even a pie case. 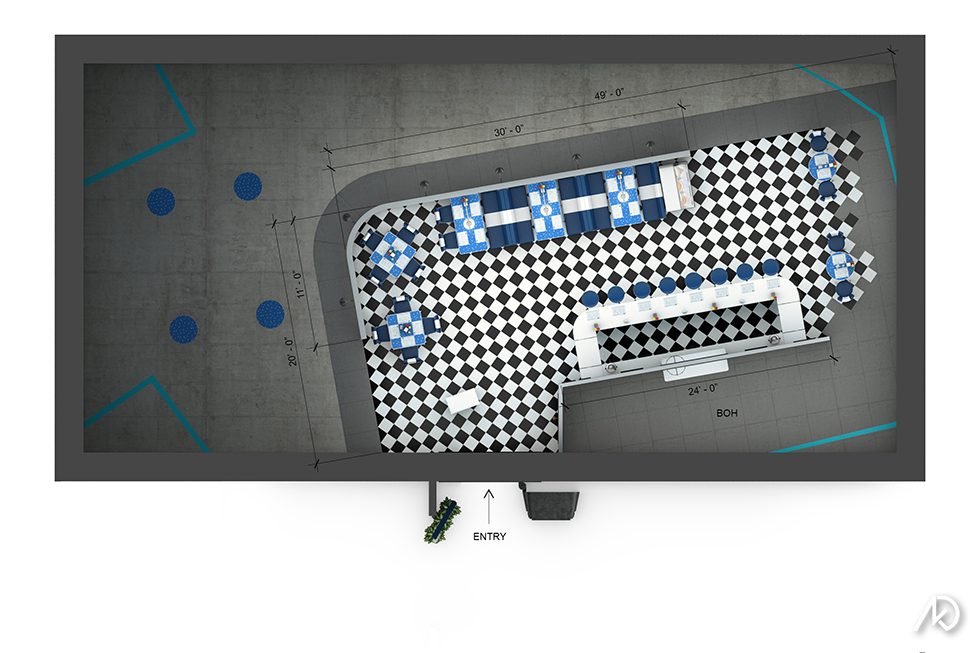 Once again, the three Los Angeles locations were a bank vault, a cave, and a park.  The vault diner served mostly pie and small bites, while the cave served ice cream, and the park served breakfast coffee and pastries.

Patrons of the bank vault diner were served, photographed, and filmed by celebrity chef Carla Hall; the brand ambassador. 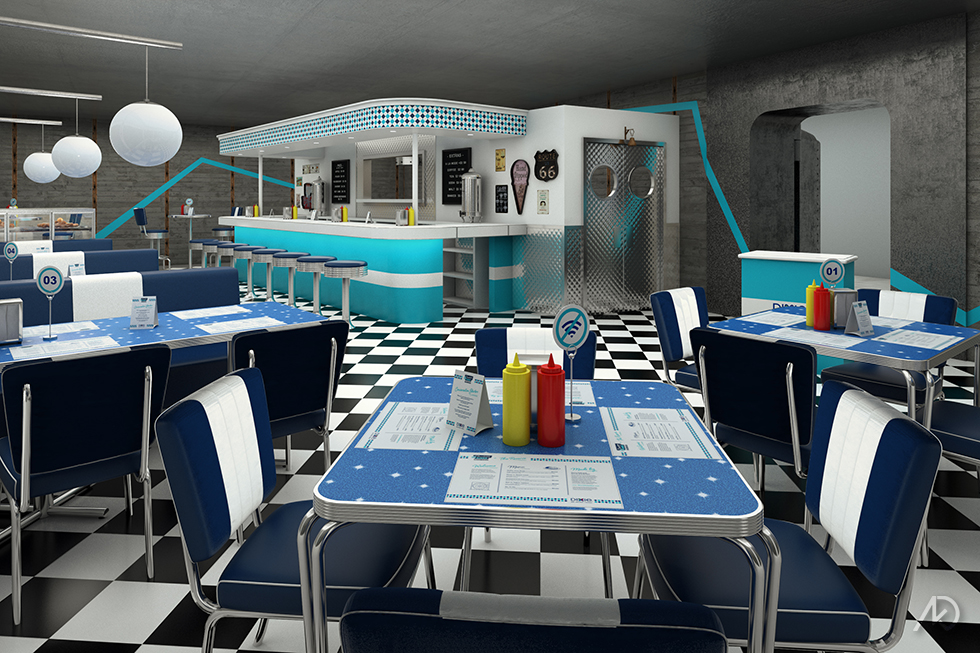 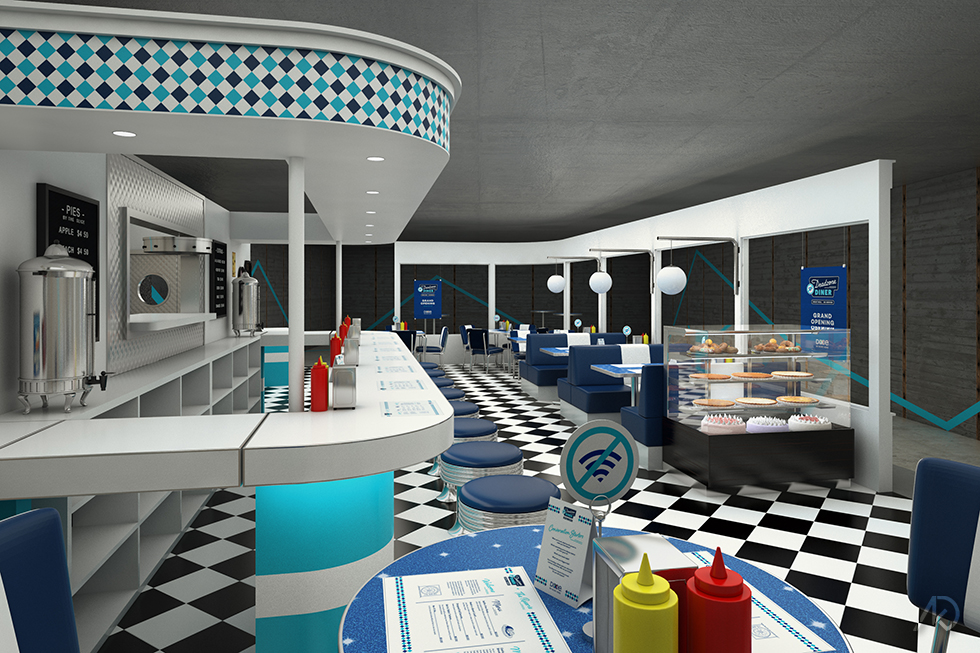 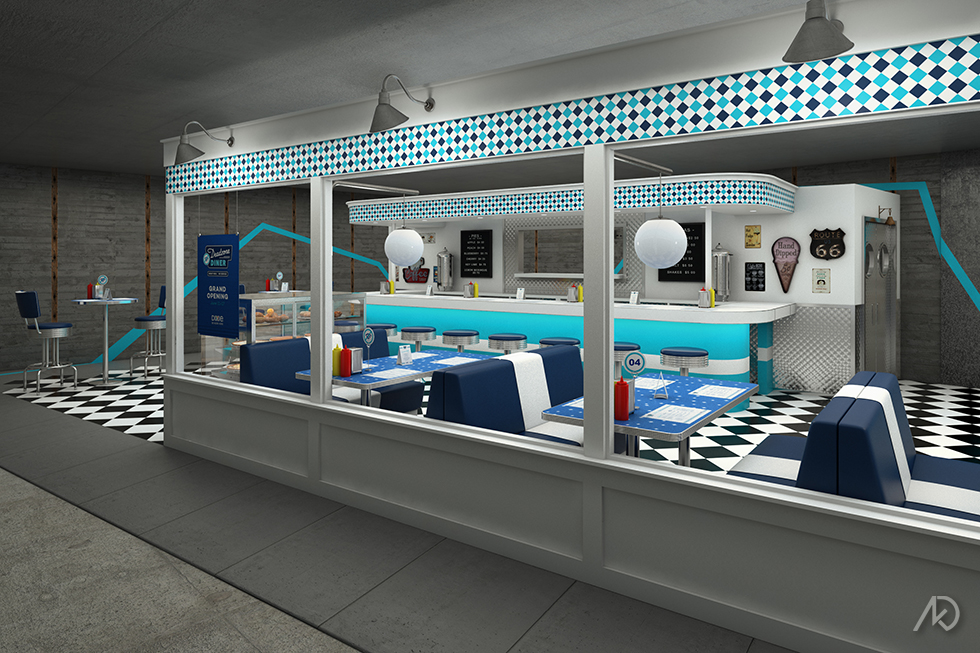 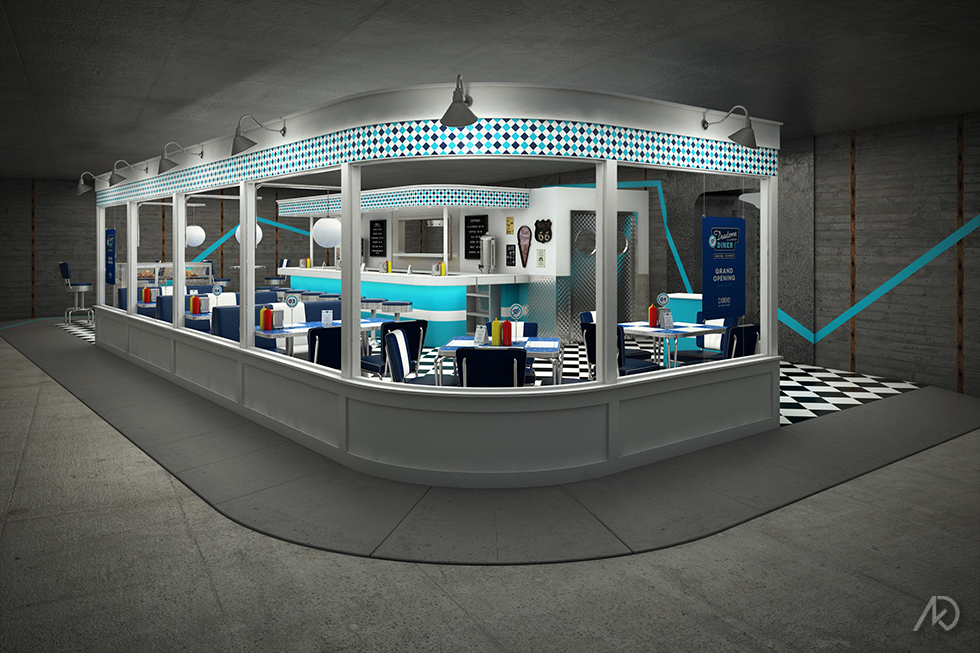 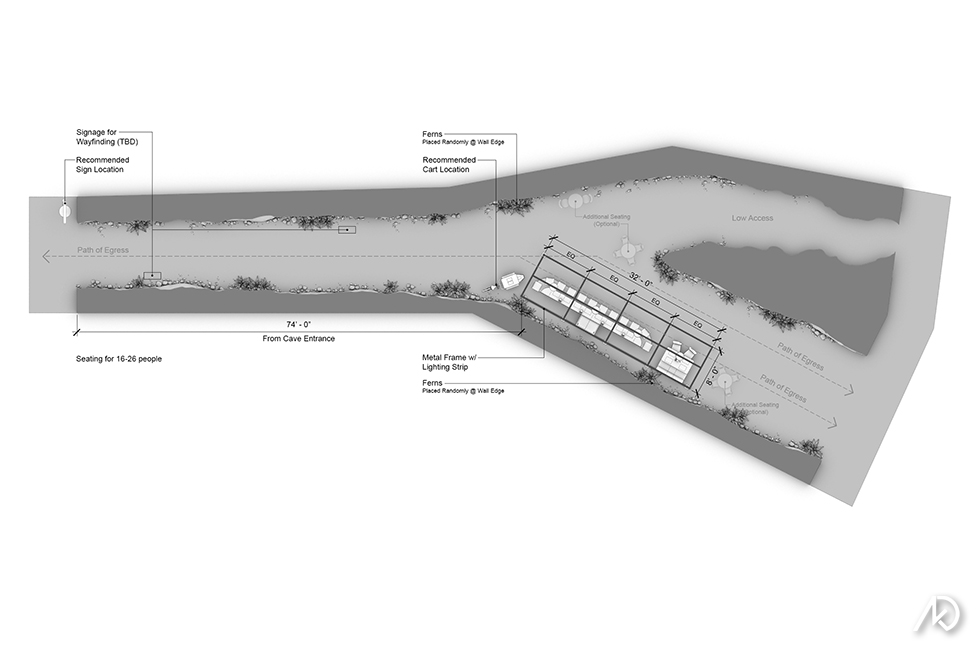 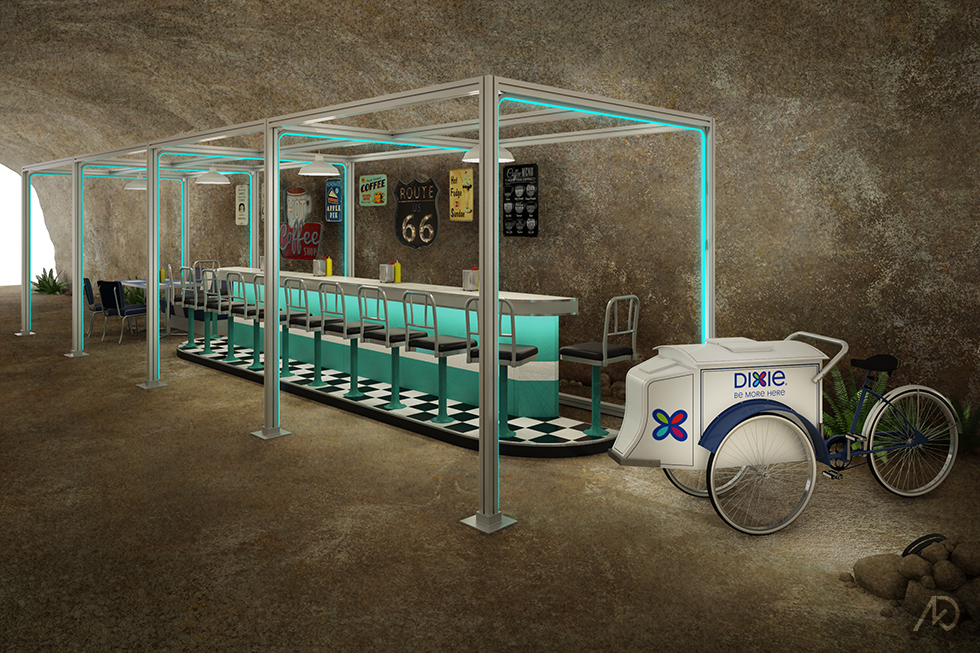 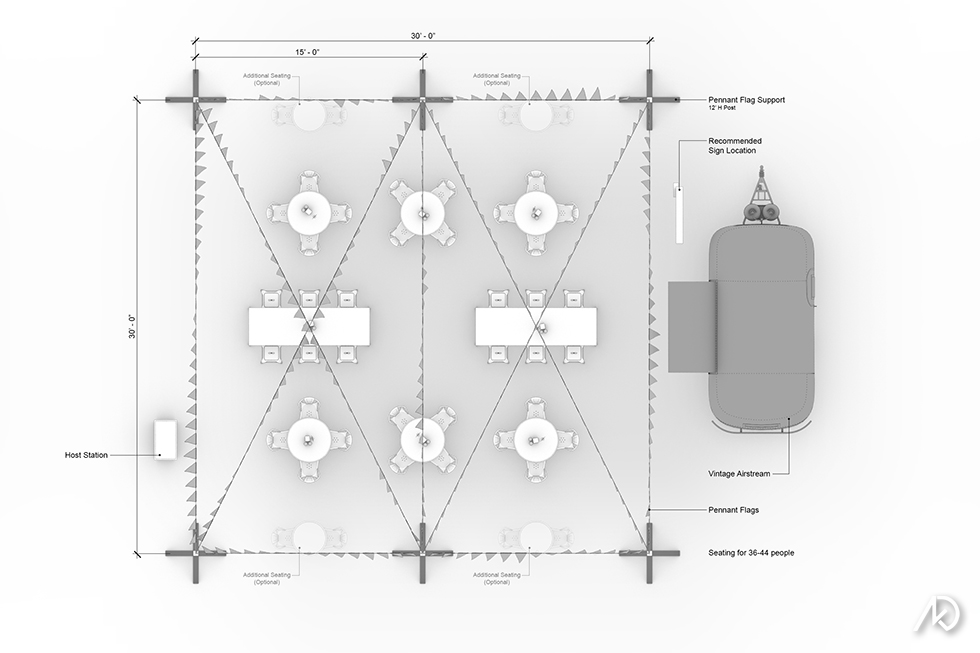 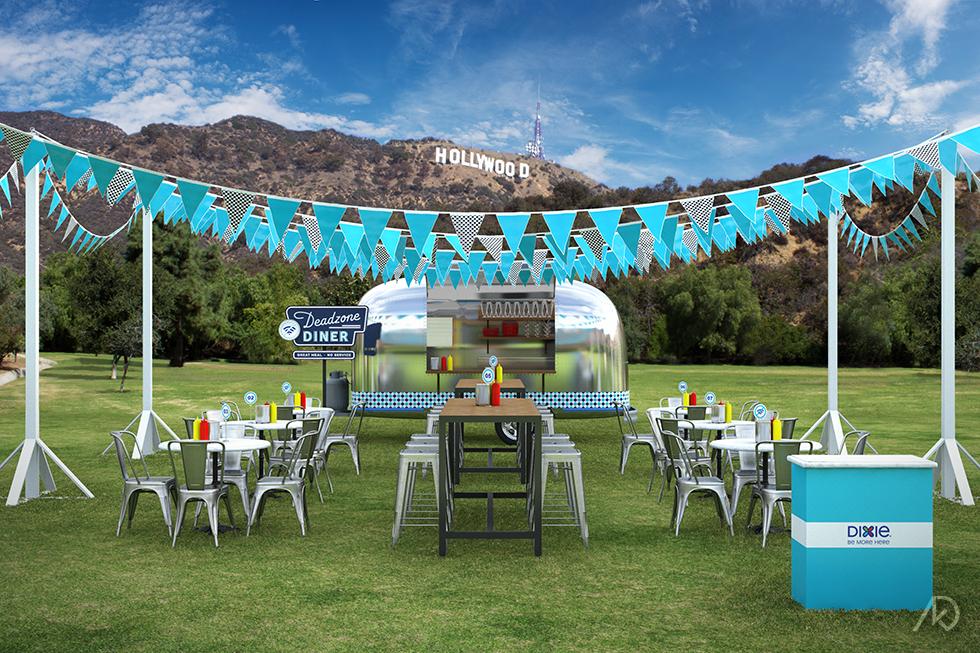