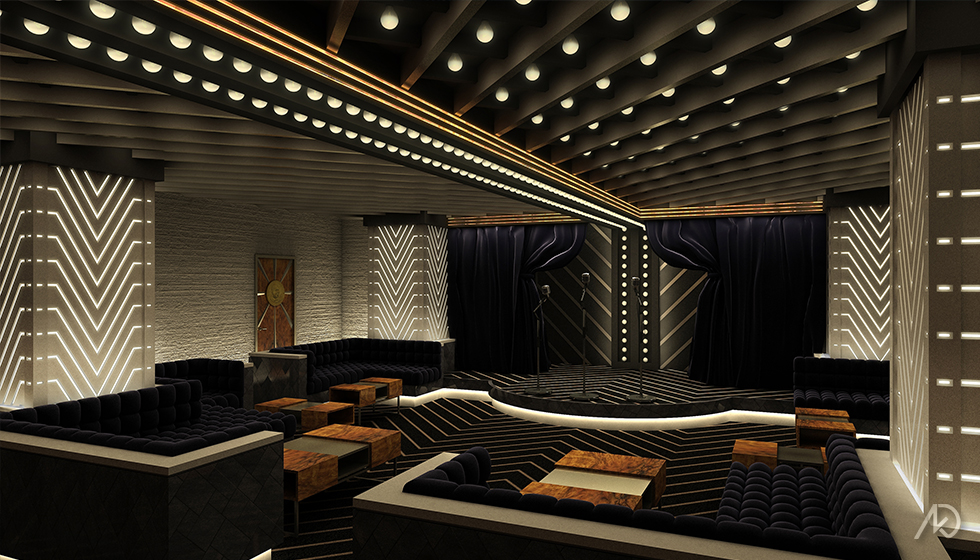 This karaoke lounge is a small area in the lower-level of a restaurant.  The small intimate space has large banquettes, a service bar, and a performance stage.

For this project I created a few interior

renderings as well as helped to develop the ceiling marquee. 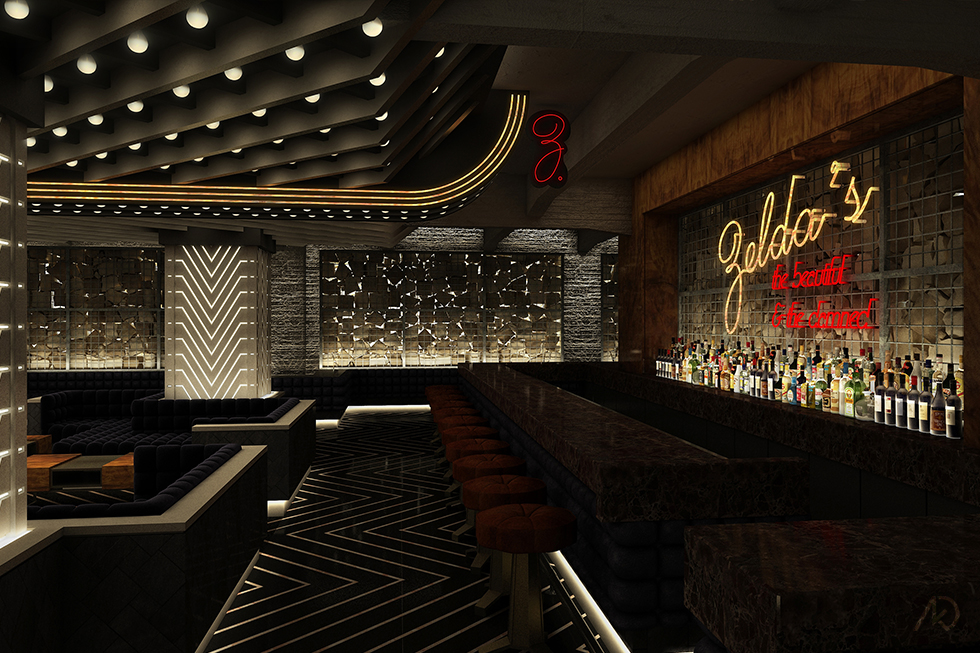 The small lounge centers around the main stage which is on axis with the rear bar/back bar.

The perimeter wall fenestration has large light wells above which usually allow for a nice ambient light.  They have been filled by  gabion baskets to control the amount of light allowed to filter into the space.

canopy.  The 3d model was integral in the development of its overall shape and spacing of its ribs and lights.

Other accent lighting elements have been added at the banquette bases as well as integrated into the concrete columns. 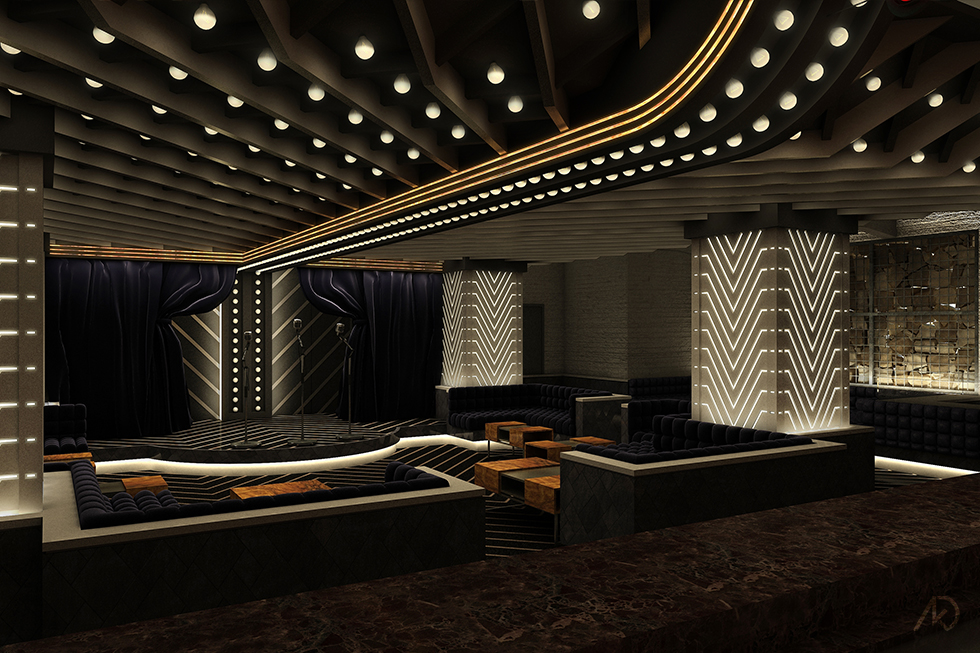 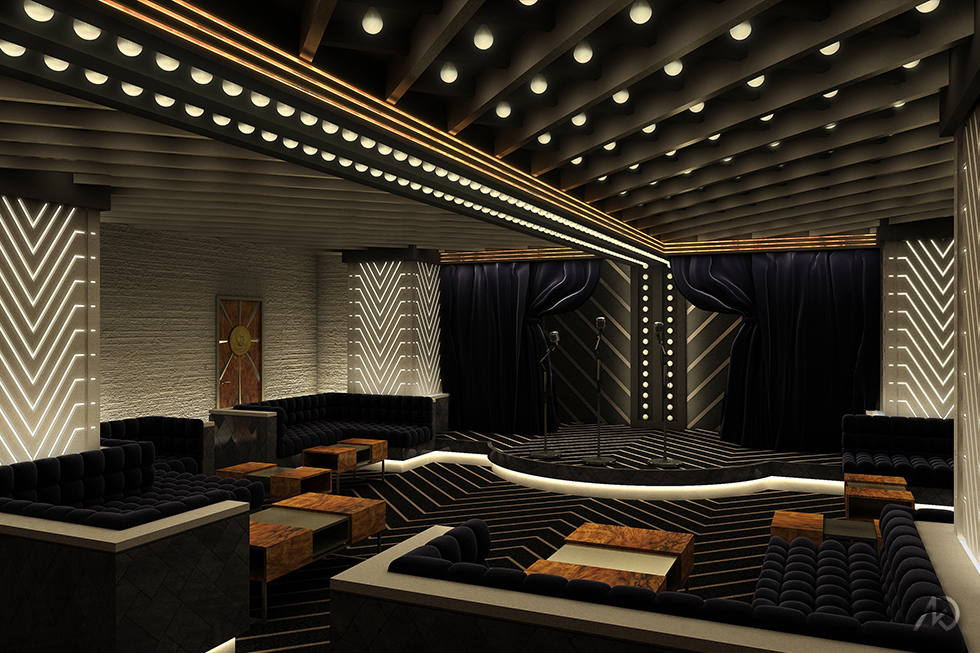